Here is a selection of items from the Holst Archive. To access more of the collection please see the link to our online catalogue.

Manuscript for The Harper for voice and piano by Gustav, 1891

This unpublished work was written when Gustav was a boy at Cheltenham Grammar School. In the 1920s Gustav mentioned in his lectures on England and her Music that he knew Irish and Scottish folk songs as a child. 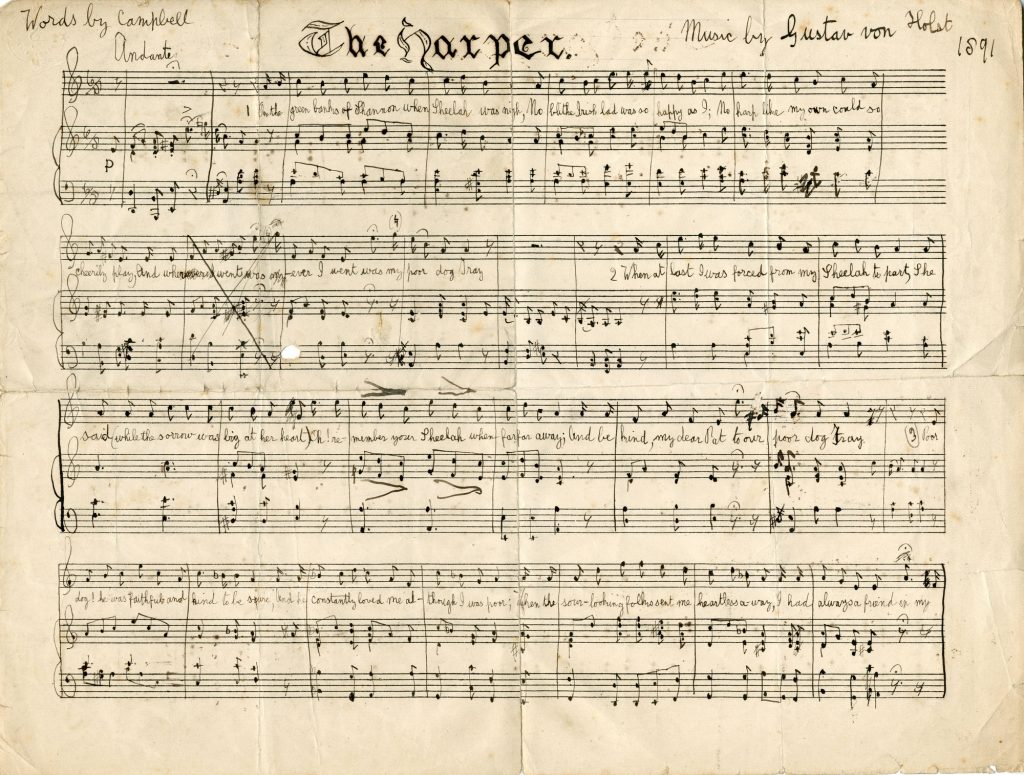 In 1964 Imogen embarked on the preparation of new and revised editions of her father’s music, for performance and publication, in tandem with her work on A Thematic Catalogue of Gustav Holst’s Music (London: Faber Music) published in his centenary year in 1974. 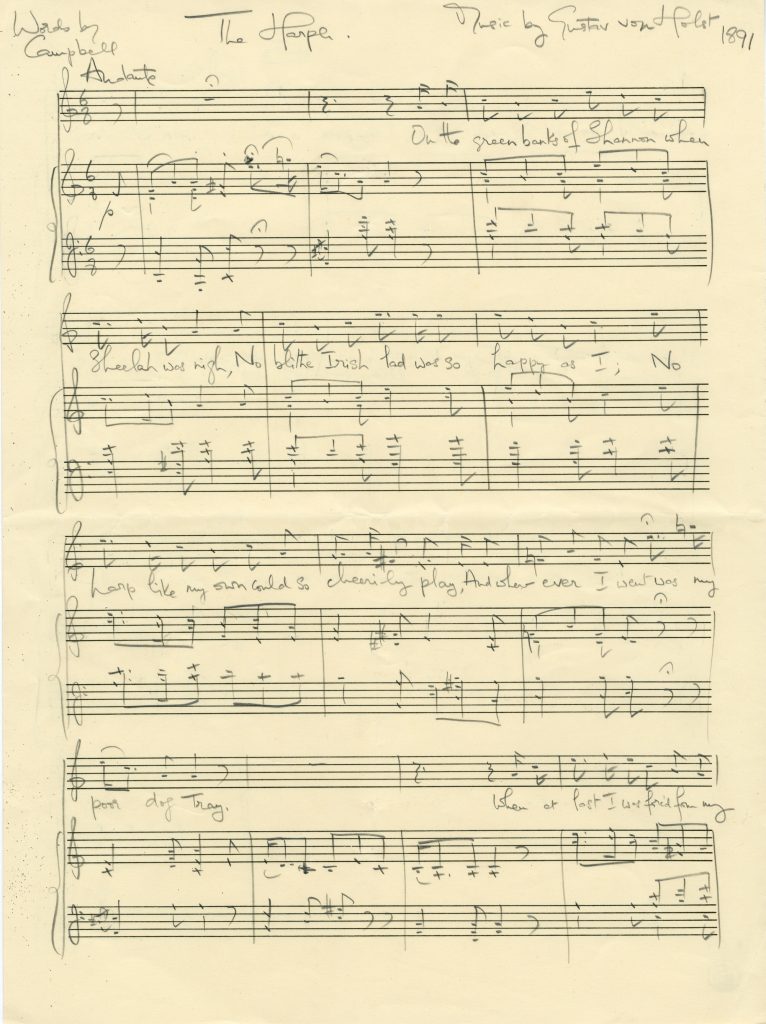 Programme for the first performance of The Harper

This was given in the version edited by Imogen, at Westminster Theatre Arts Centre, as part of her illustrated talk on her father’s life and music. 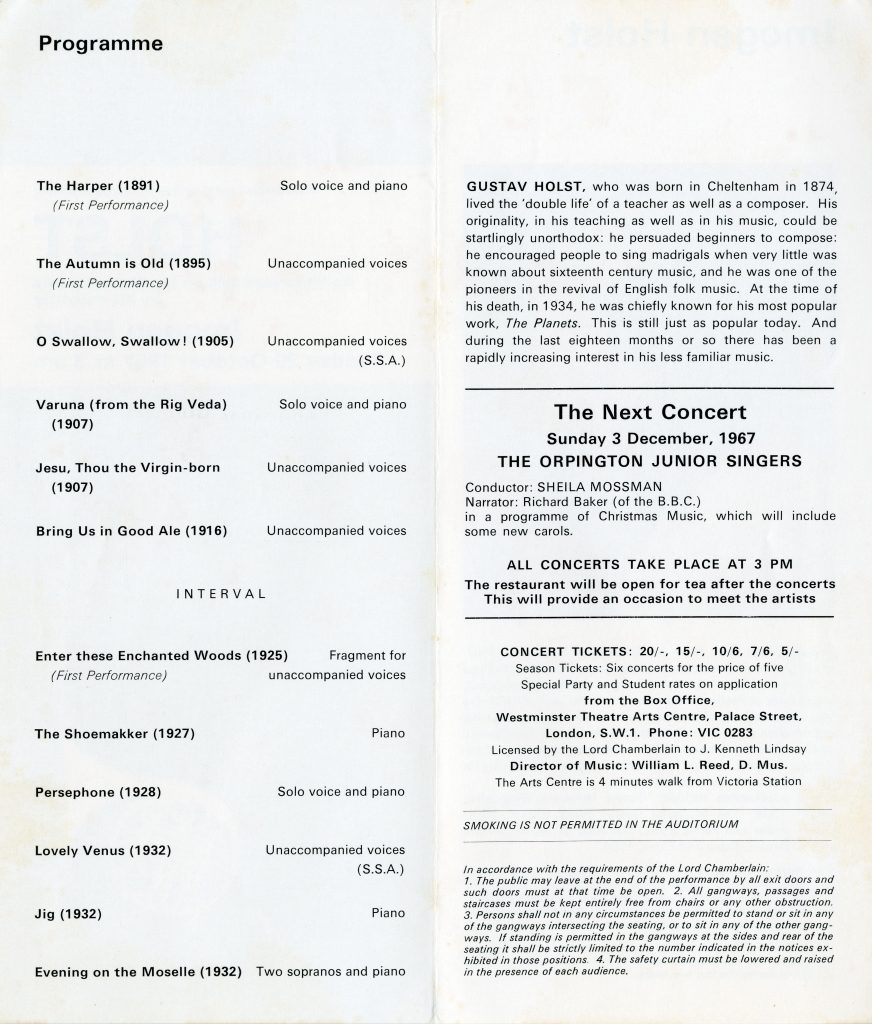 Gustav discusses his daughter’s ballet Meddling in Magic and Suite for viola, both written in 1930 during her final year at the Royal College of Music. 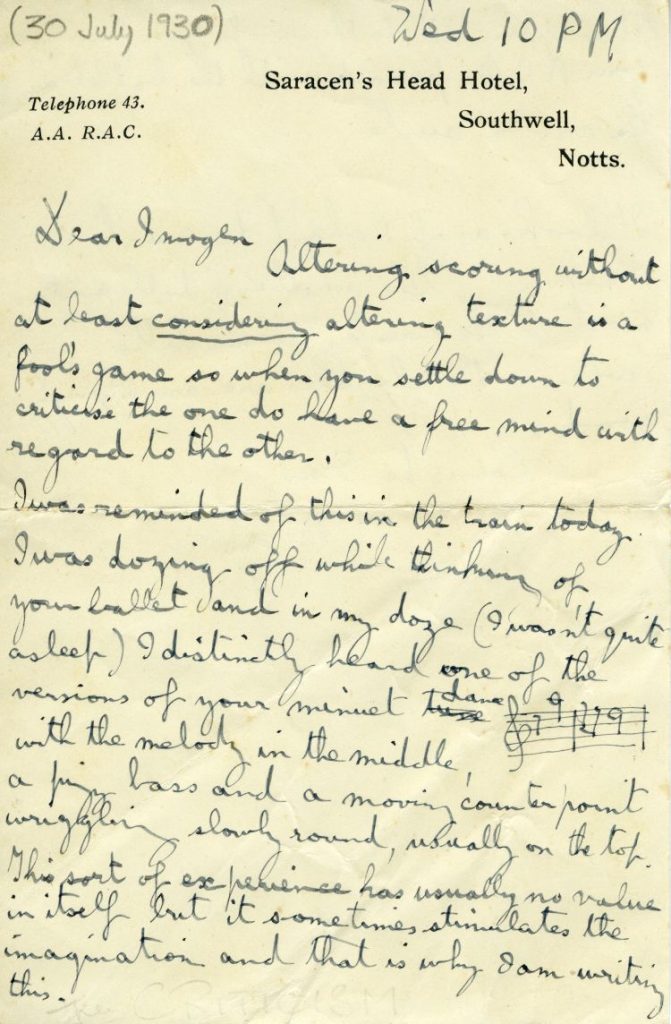 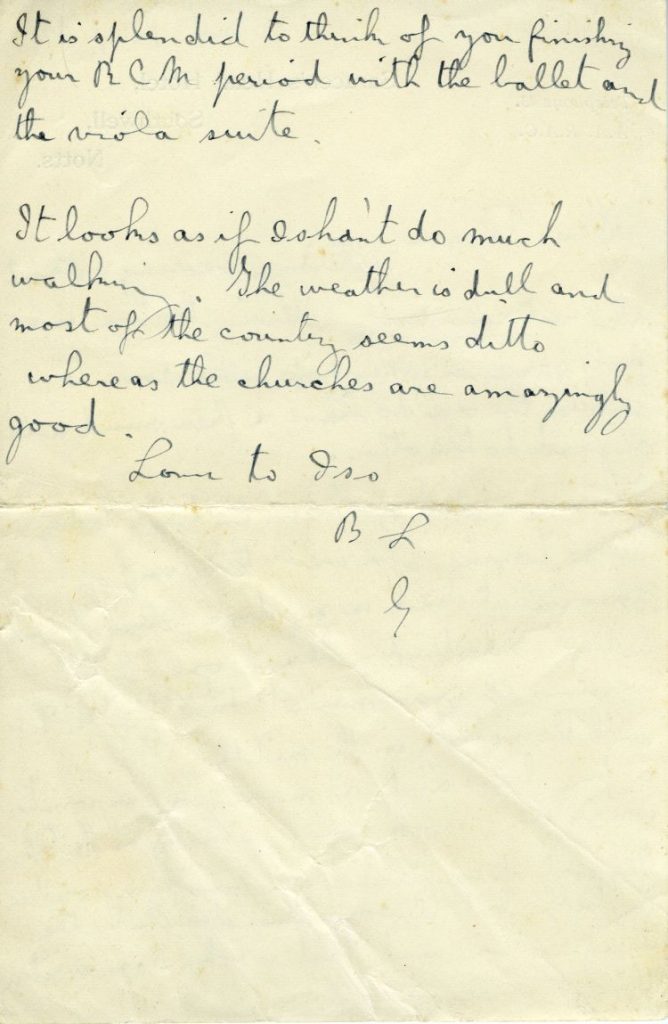 This book was given to Imogen by her father to congratulate her on her first composition Sonata in D minor written in 1918 at the age of 11. Imogen used the present as a source for her next work Four English Christmas Carols written in the same year. The bookplate reflects her lifelong passion for folk music and dance. 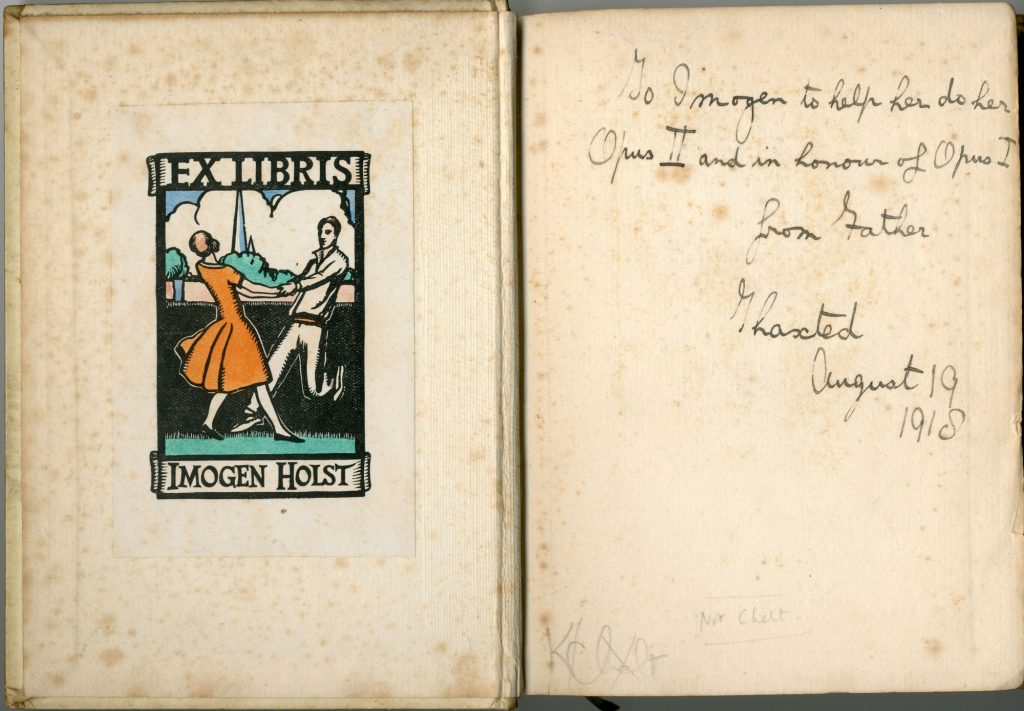 Manuscript for Out of your sleep arise and wake by Imogen

She continued to use her volume of Christmas carols as a source for texts throughout her career, calling on it for the last time in December 1968 for this carol. 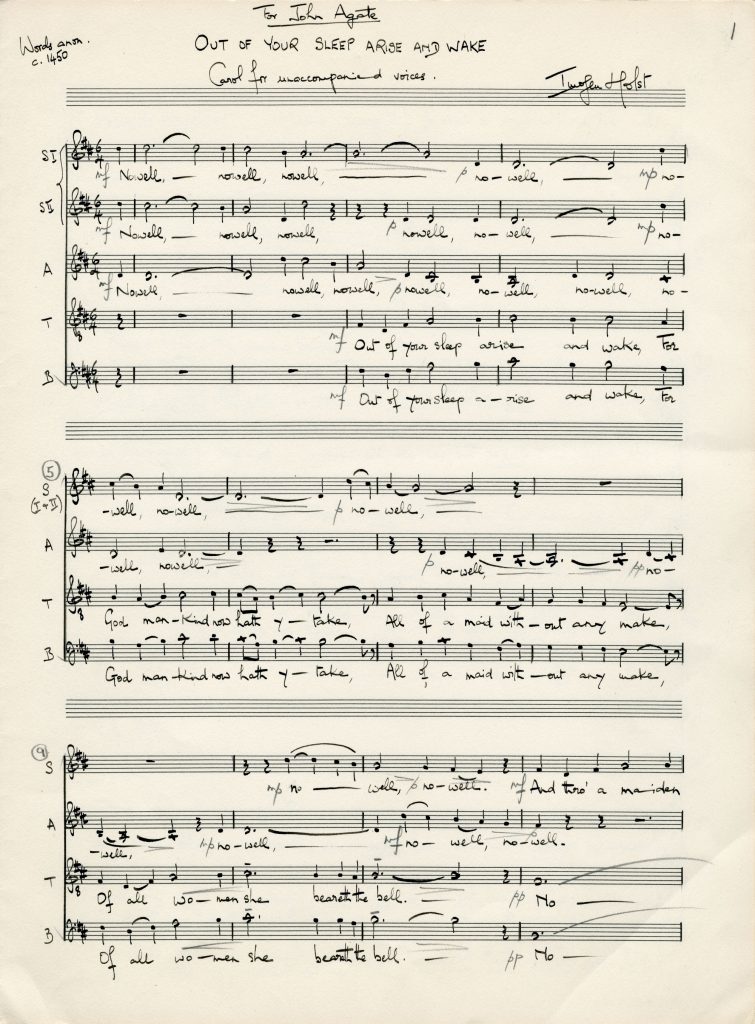 Gustav’s conducting score of The Planets 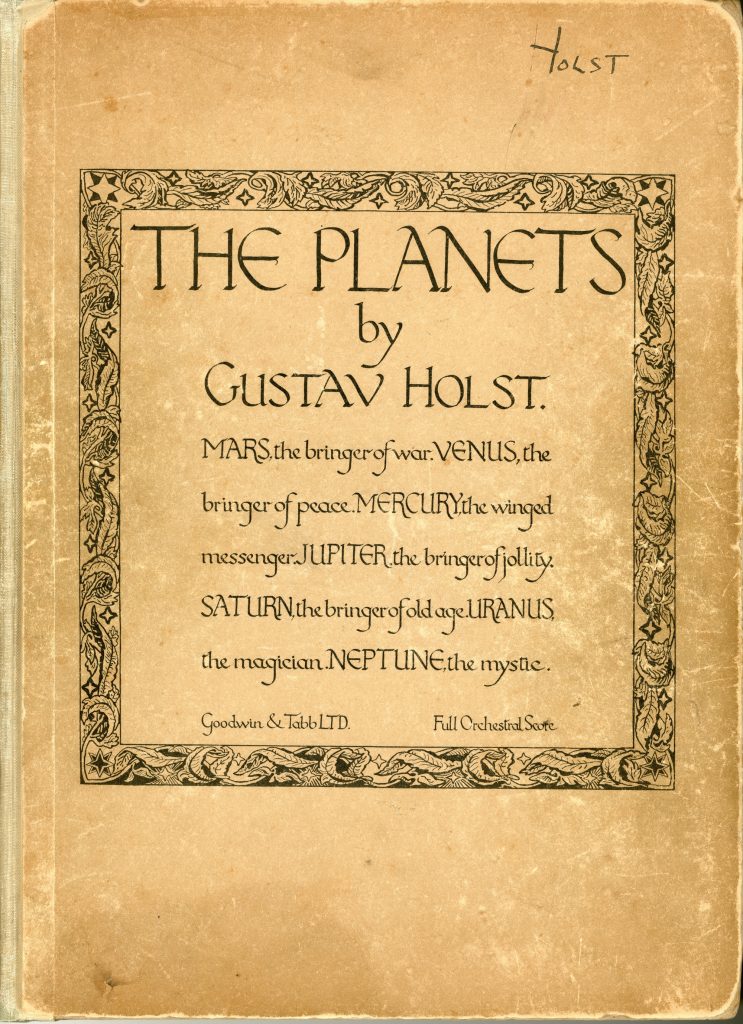 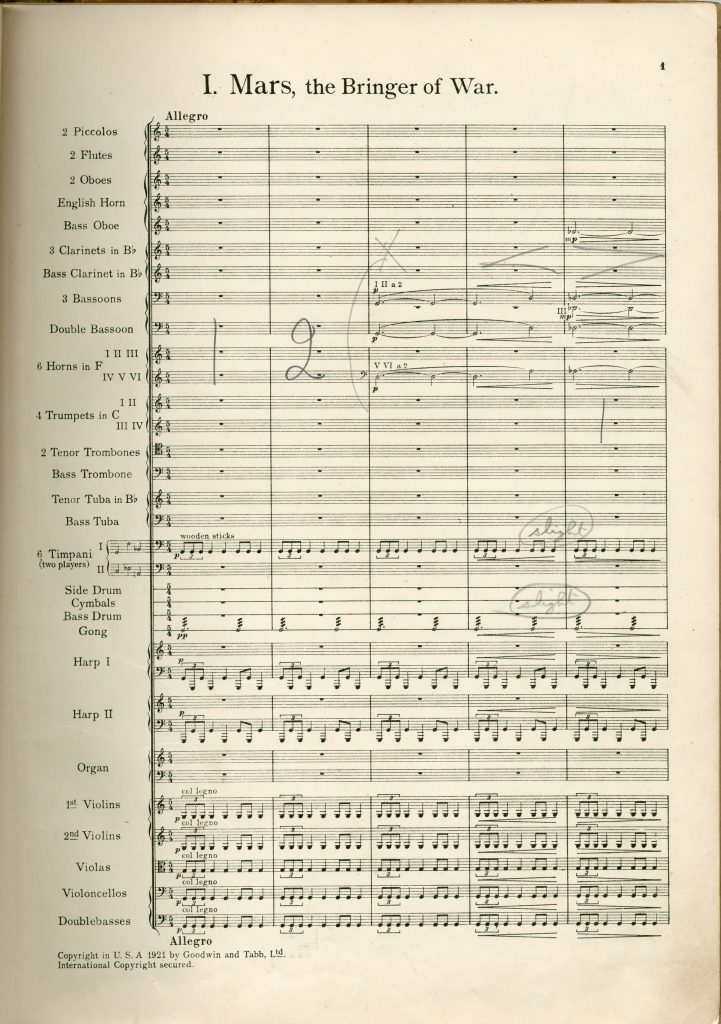 Photographs of the Holsts enjoying themselves singing, 1932

These photographs were taken when Gustav and Imogen were holidaying in the Cotswolds with Gustav’s brother Emil, an actor known by the stage name Ernest Cossart. 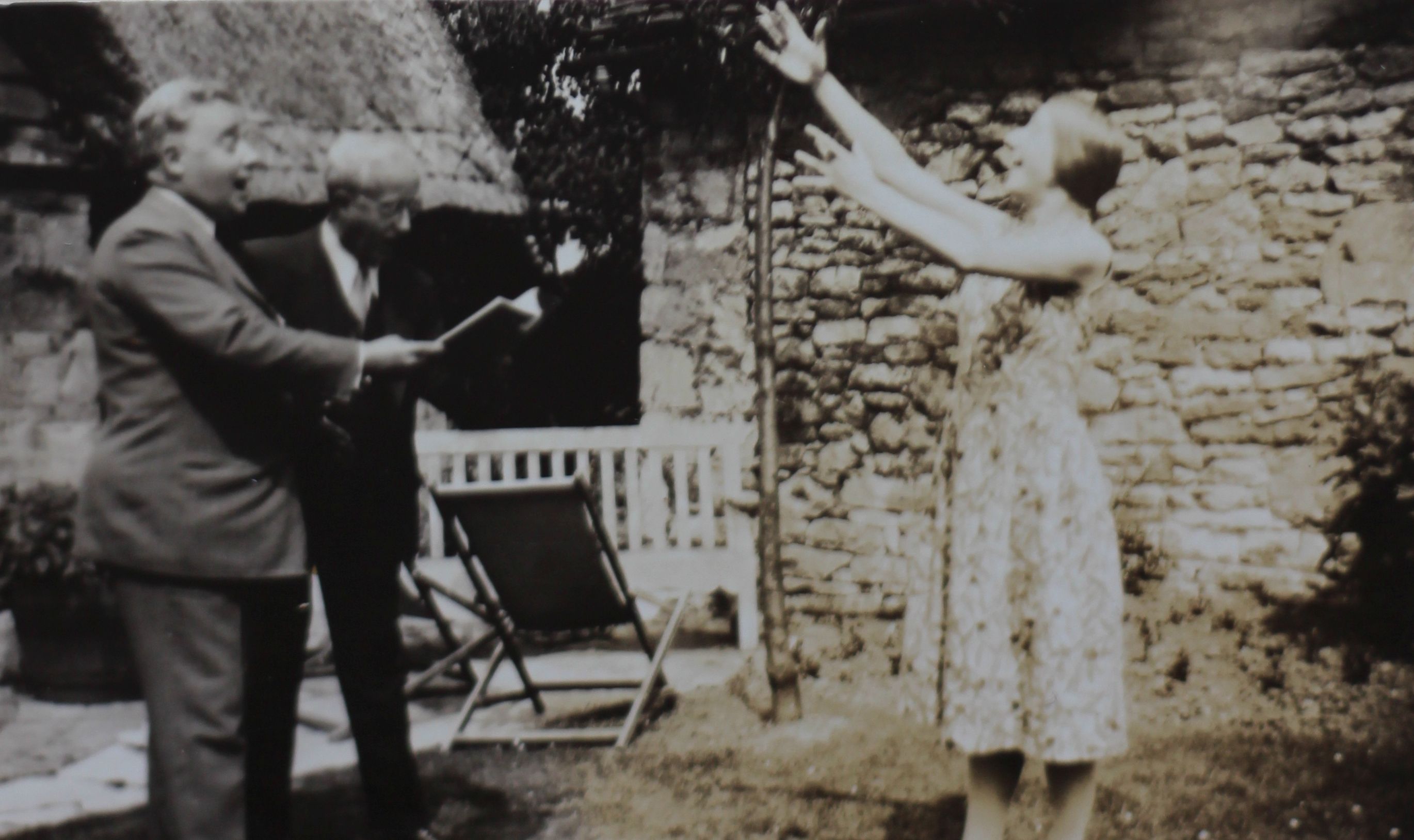 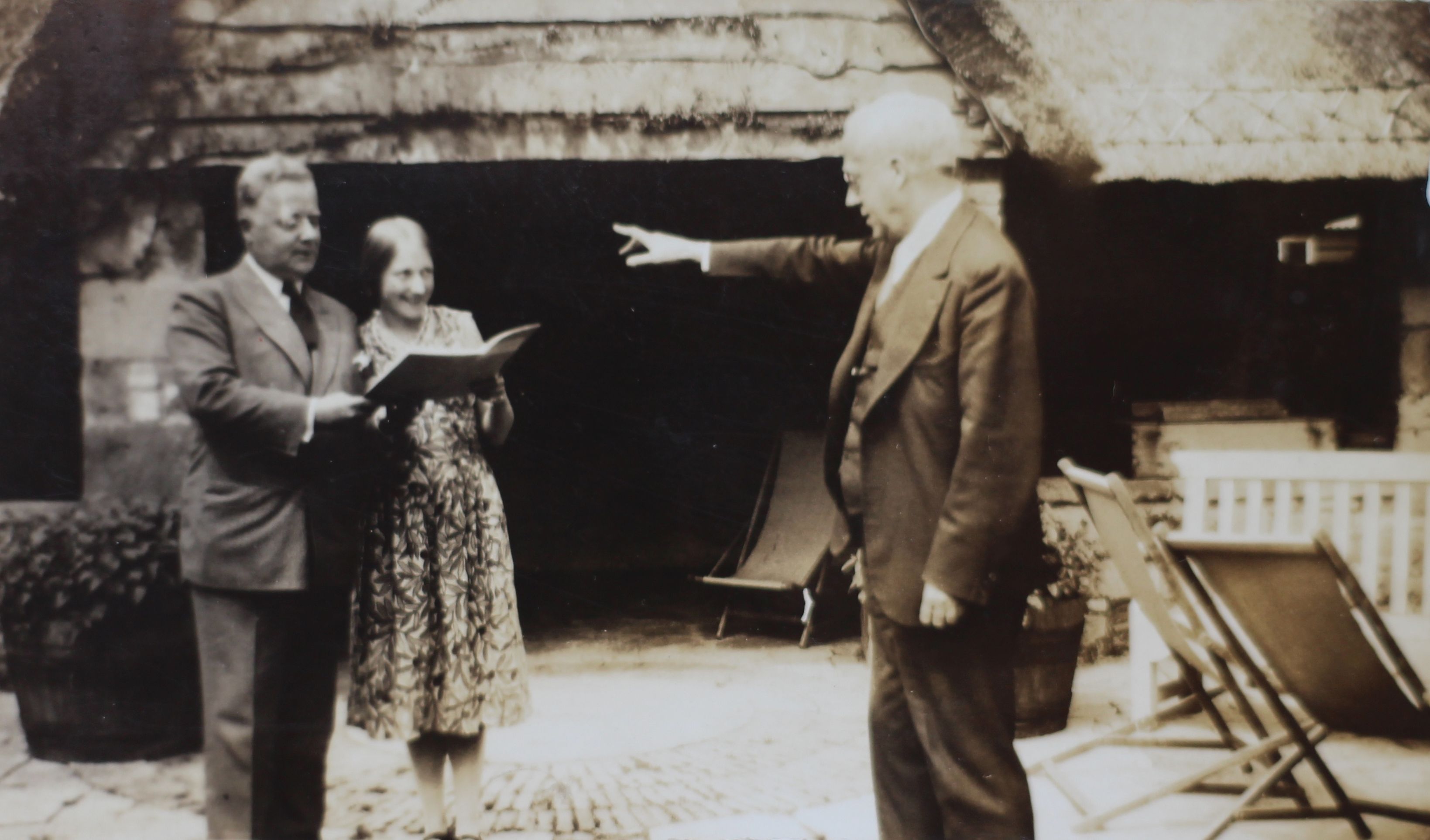 This was Gustav’s conducting score, handed down to Imogen and used by her to conduct The English Chamber Orchestra at the opening concert of the Snape Maltings Concert Hall on 2 June 1967. The score is marked by both Imogen and her father. 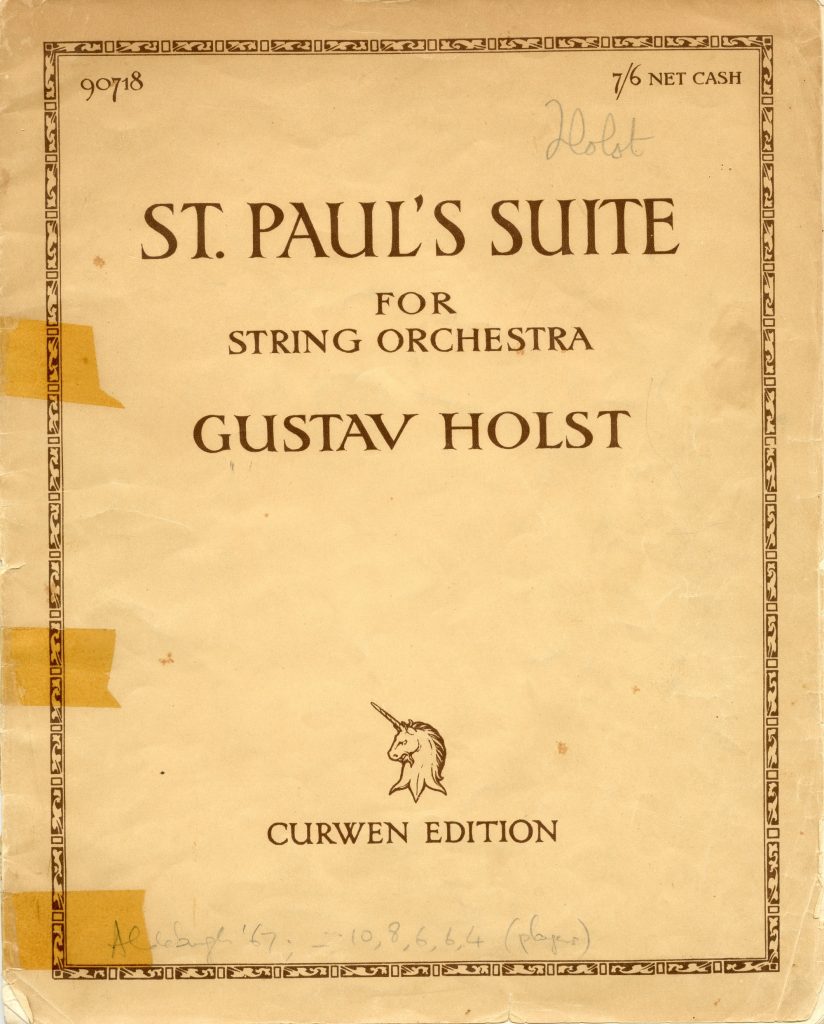 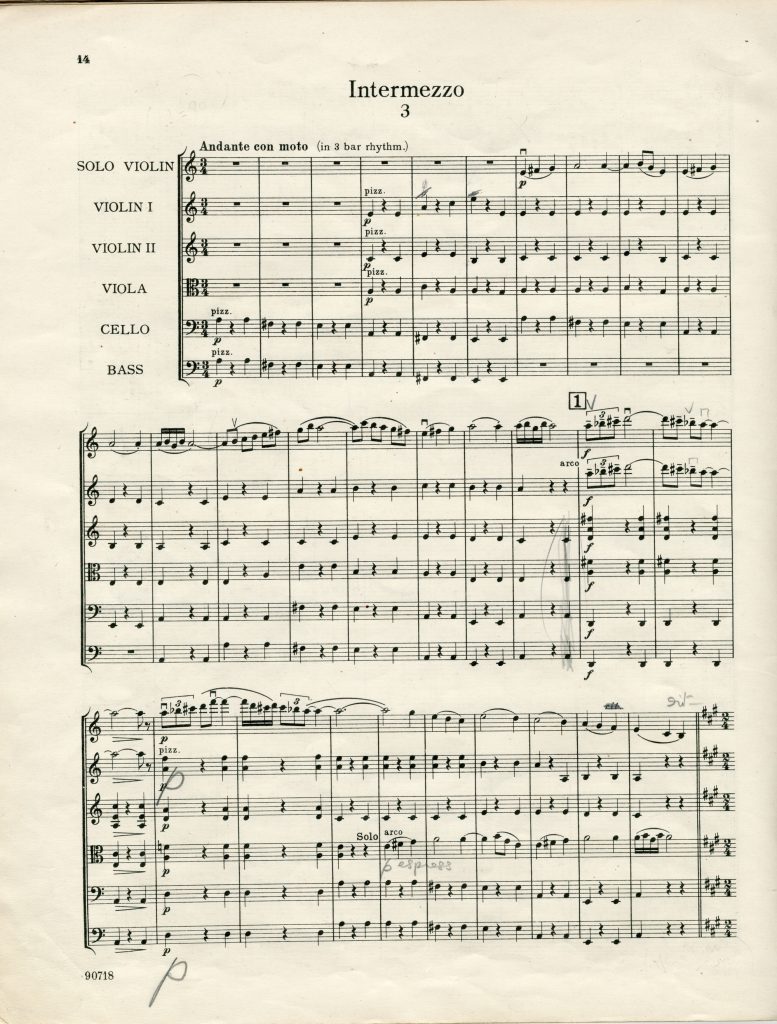 Imogen conducted her father’s work and wrote the note for the programme. 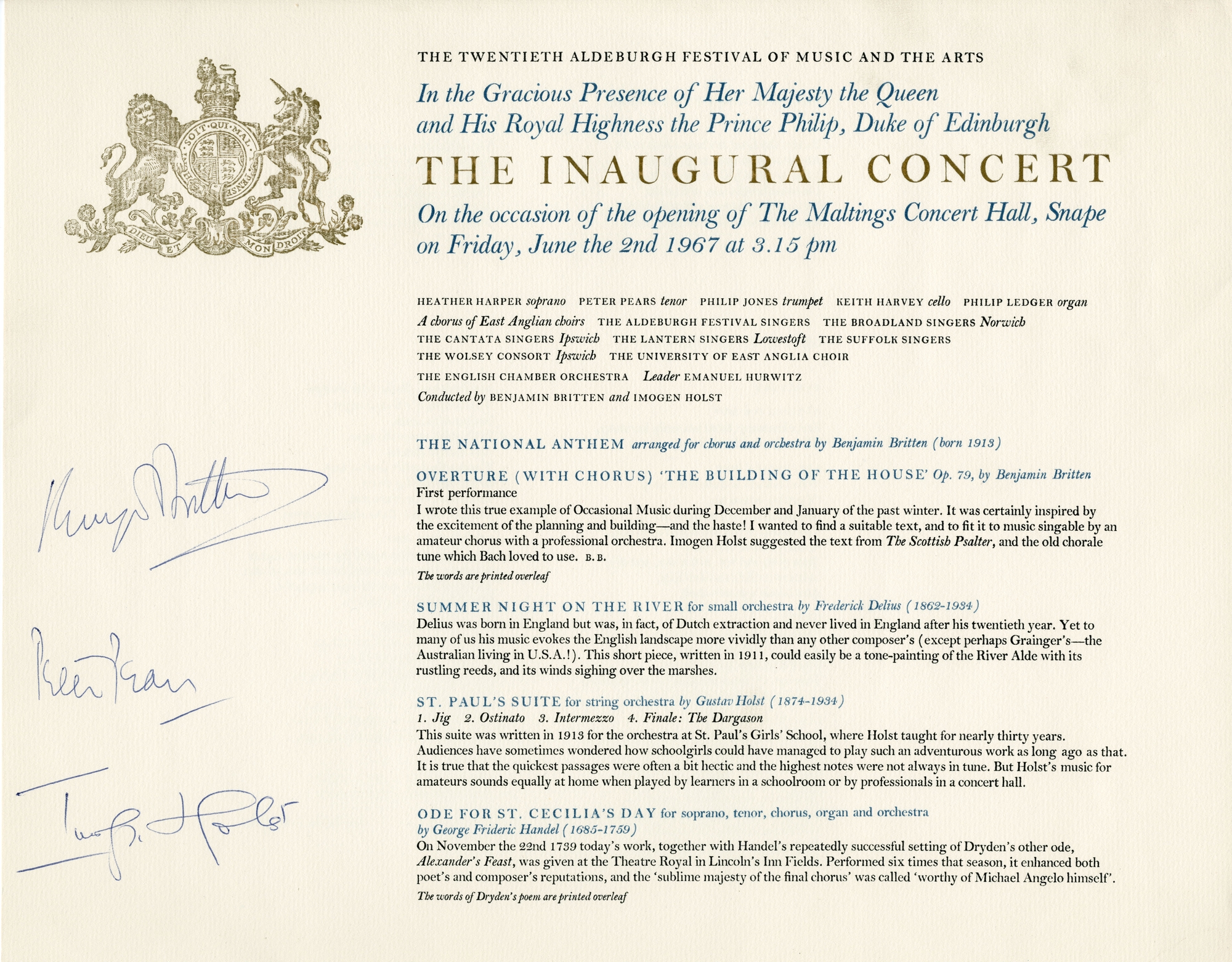 Imogen’s friend, Colin Matthews, observed ‘Anyone could have told at a glance that she had been a dancer, and still was. Her conducting… was a joy to watch – the same dance-like movements, and rhythm – rhythm was everything’. 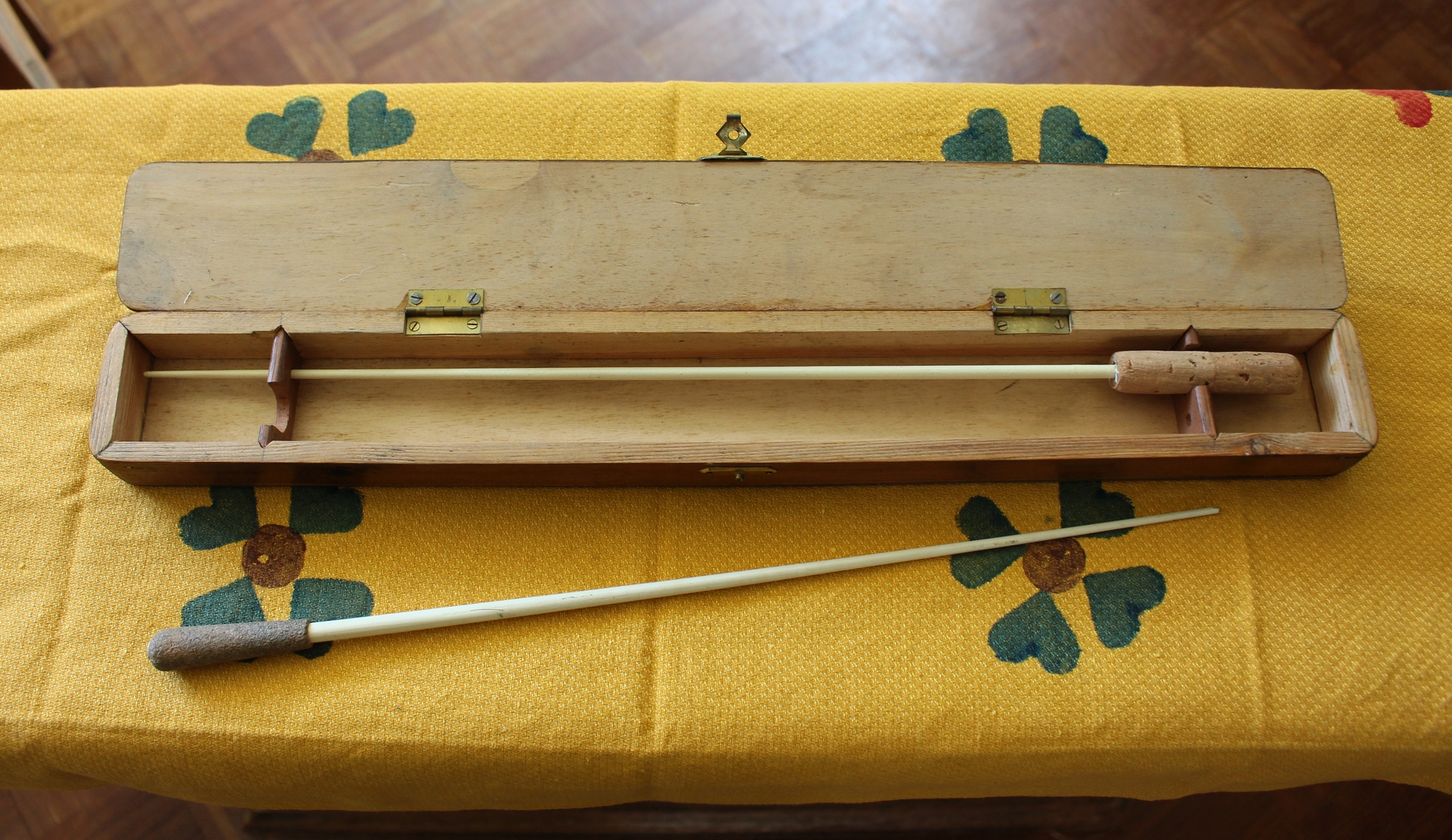 In this concert she conducted her father’s Suite No. 1 in E flat. Photograph: Nigel Luckhurst 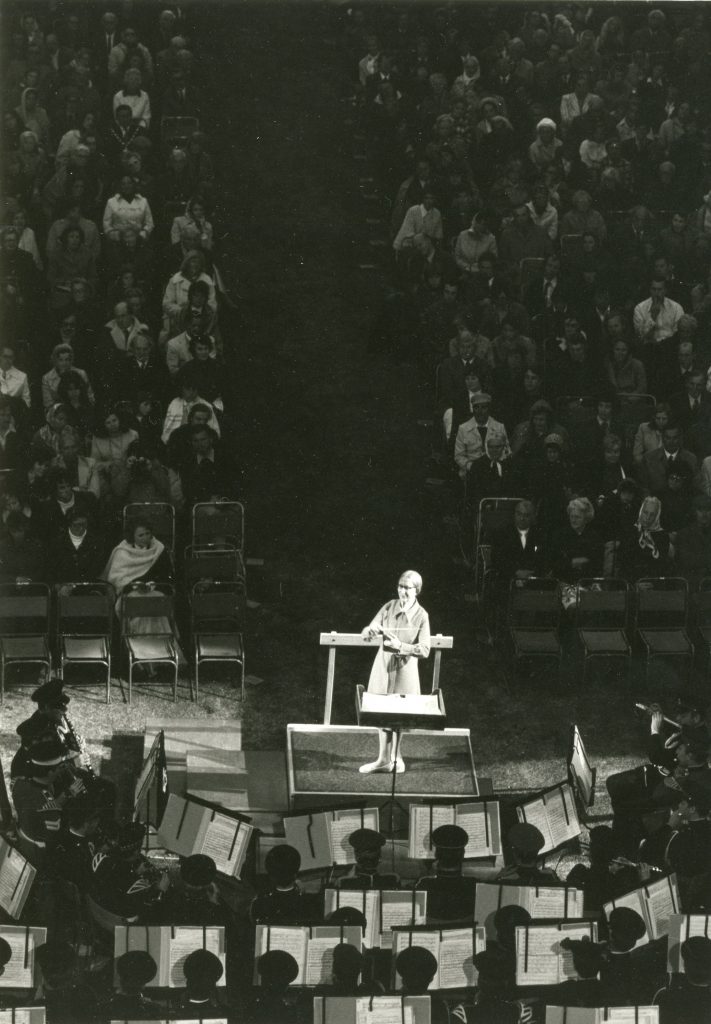 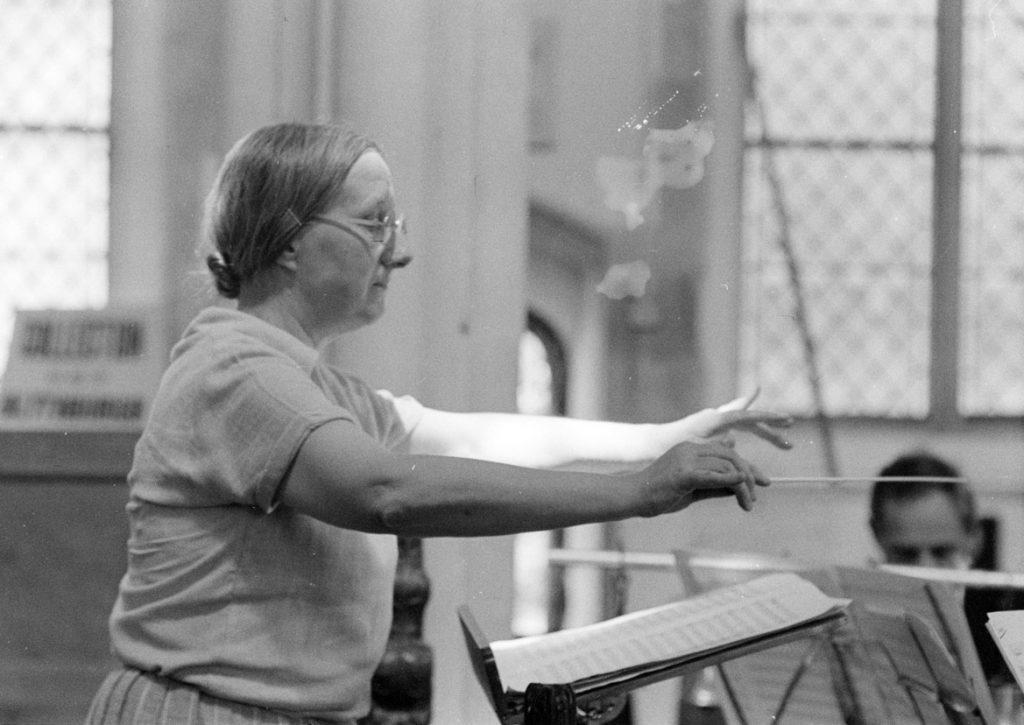 This was the first performance of the music of Purcell’s The Fairy Queen since 1700. Imogen, also a pioneer of early music, edited a shortened version of this work with Britten in 1967, first performed at the Aldeburgh Festival that year. 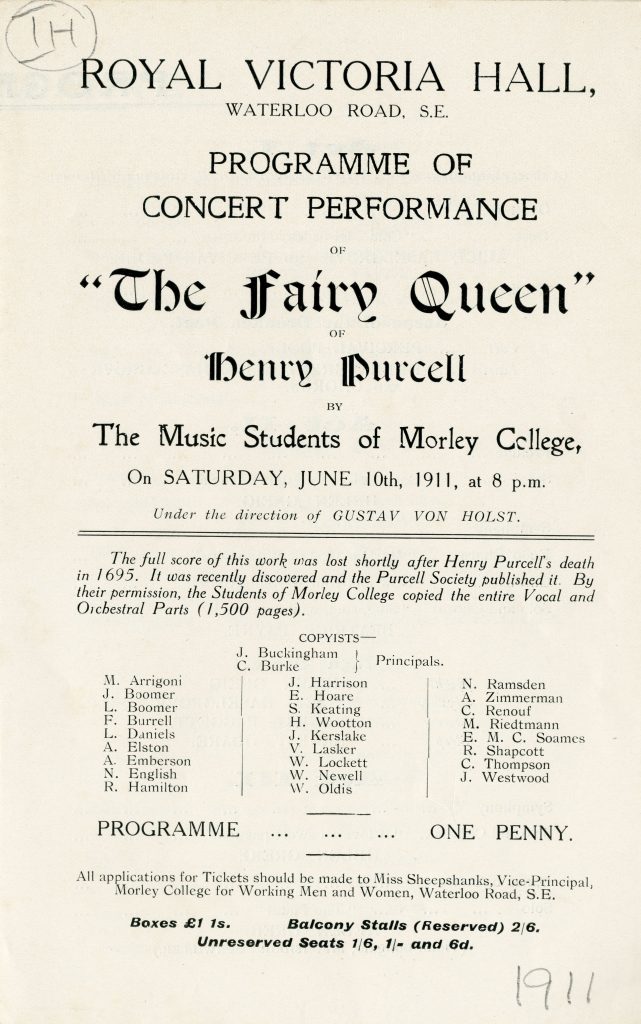 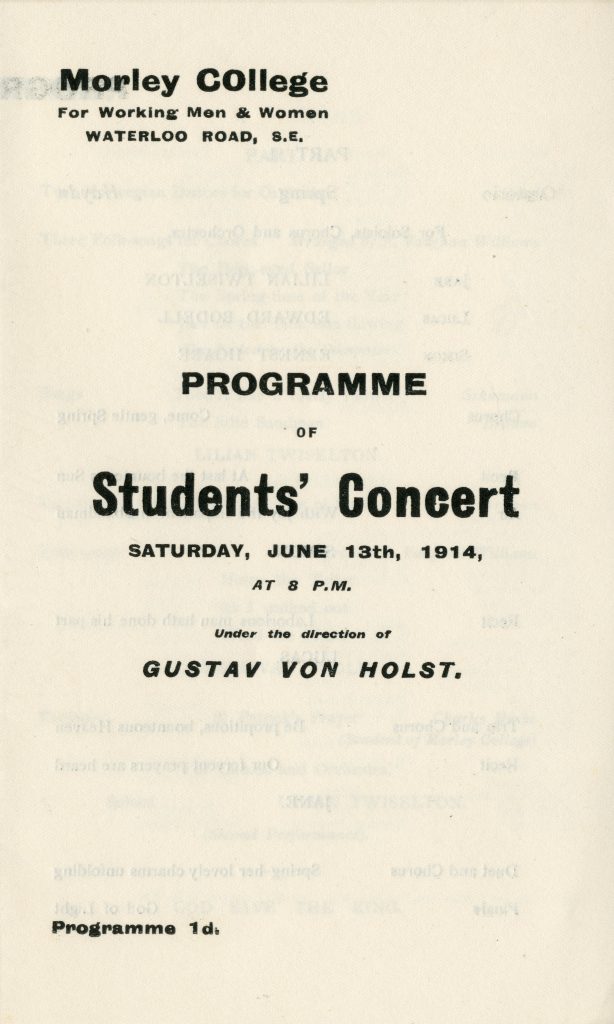 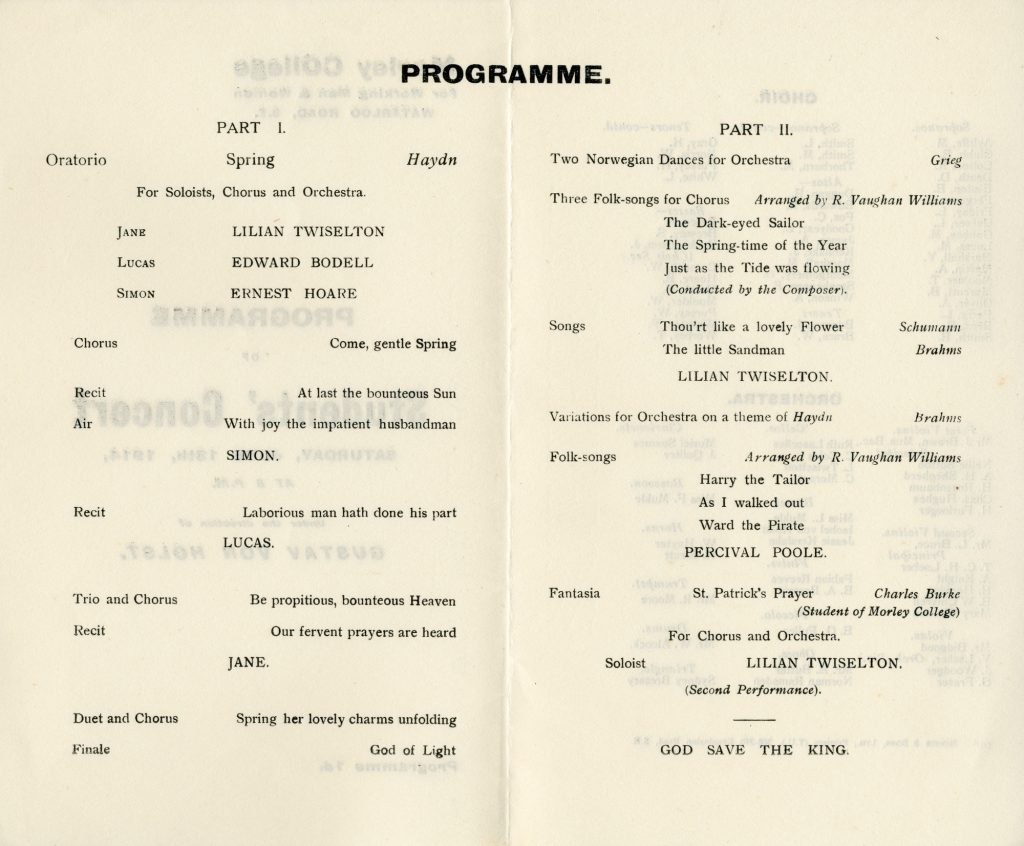 Gustav spent November 1918 to June 1919 in Constantinople and Salonica with the Young Men’s Christian Association as Musical Organiser in their educational work. 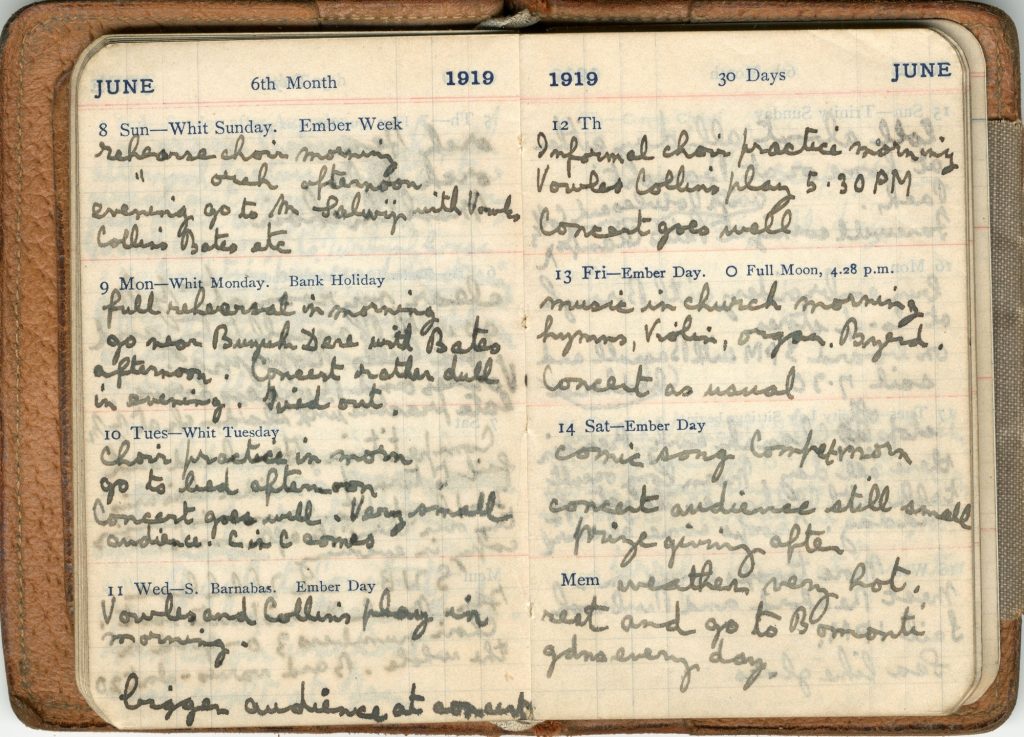 Letter from Imogen to Gustav, Summer 1933

Imogen describes her amateur choir’s visit to Abingdon Festival comparing the experience to the Whitsuntide Festivals Gustav organised at Thaxted, Essex from 1916 to 1918. For these events Gustav brought his singers and players from Morley College and St Paul’s Girls’ School to join the Parish Church choir. To view the complete letter search RefNo HOL/1/5/2/23/40 in the online archive catalogue. 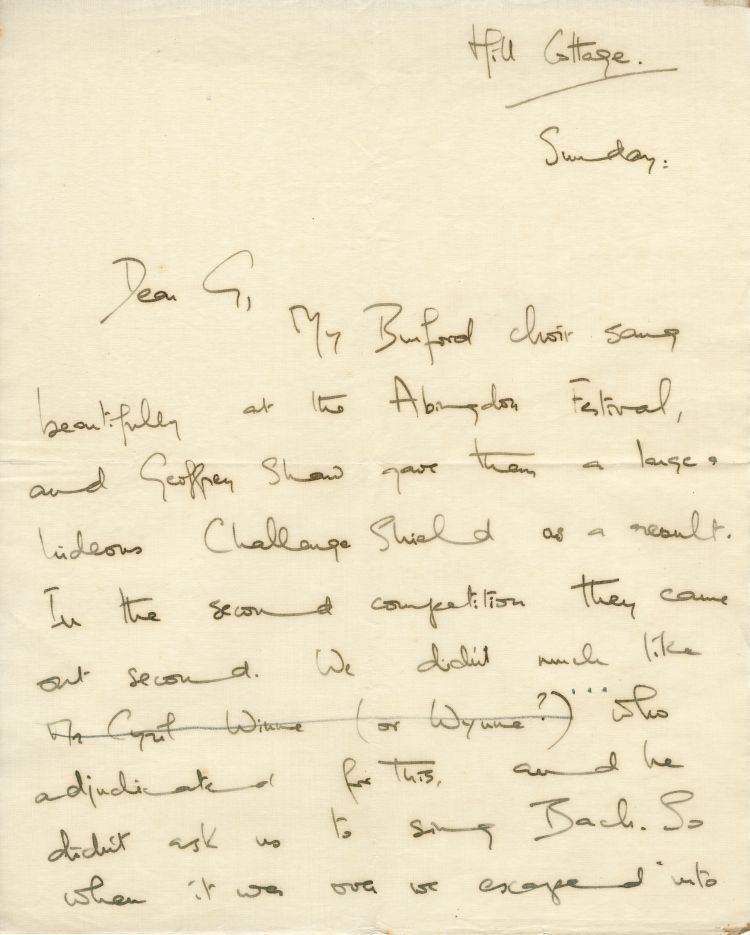 In 1939 Imogen became involved in a project that sent ‘music travellers’ across rural England to inspire and organise community music making, and so preserve English traditions through the war years.

Notebooks for teaching at Dartington

Imogen noted folk songs for learning by rote, both English and Appalachian, as well as rounds for her work with the students. 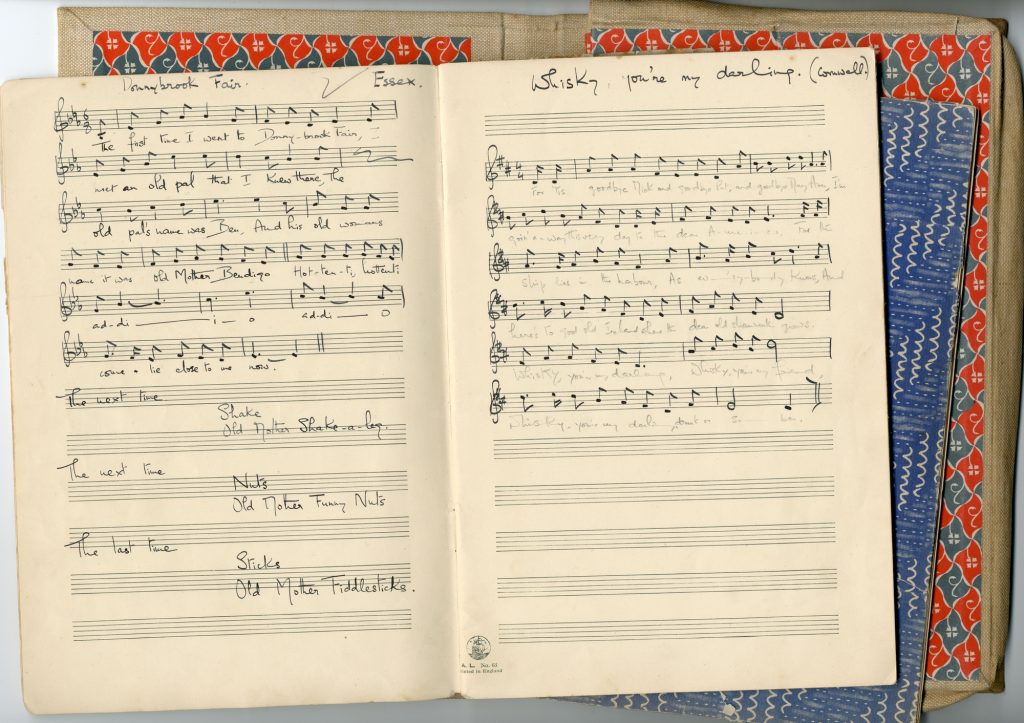 This is the seventh of ten scrapbooks Imogen kept from 1926 to 1941 in which she pasted a variety of ephemera. The volumes form a colourful record of her work, leisure and travels as well as a social record of musical life in pre-war London and beyond. Imogen was a pivotal member of the English Folk Dance and Song Society and in April 1936 conducted a concert of folk music and dance in Edinburgh which included her father’s arrangement of the Welsh folk song Lisa Lan.
(copyright clearance pending)

Imogen made notes from her lessons at Santiniketan in this sketch-book, here noting a Bengali folksong. 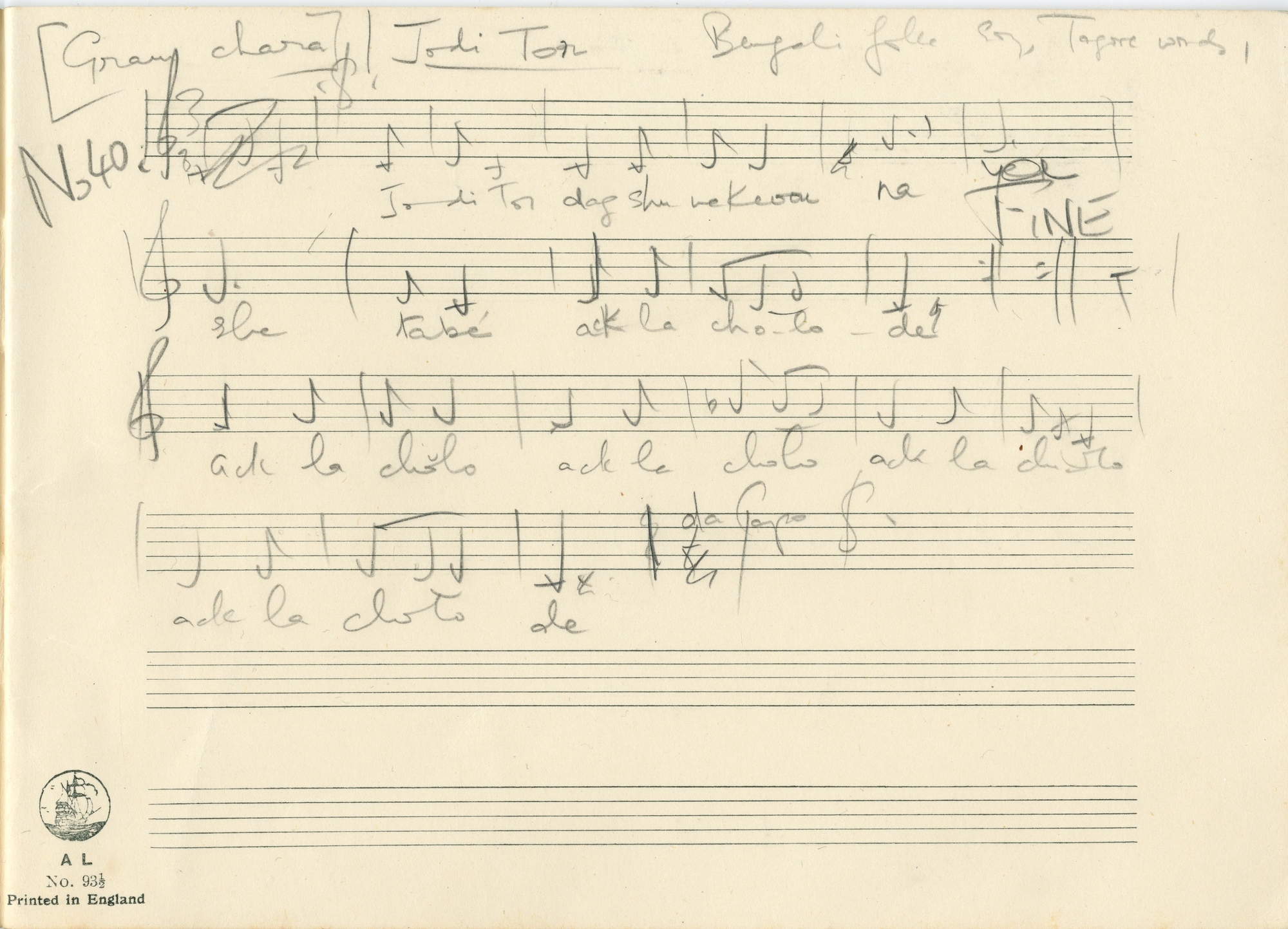 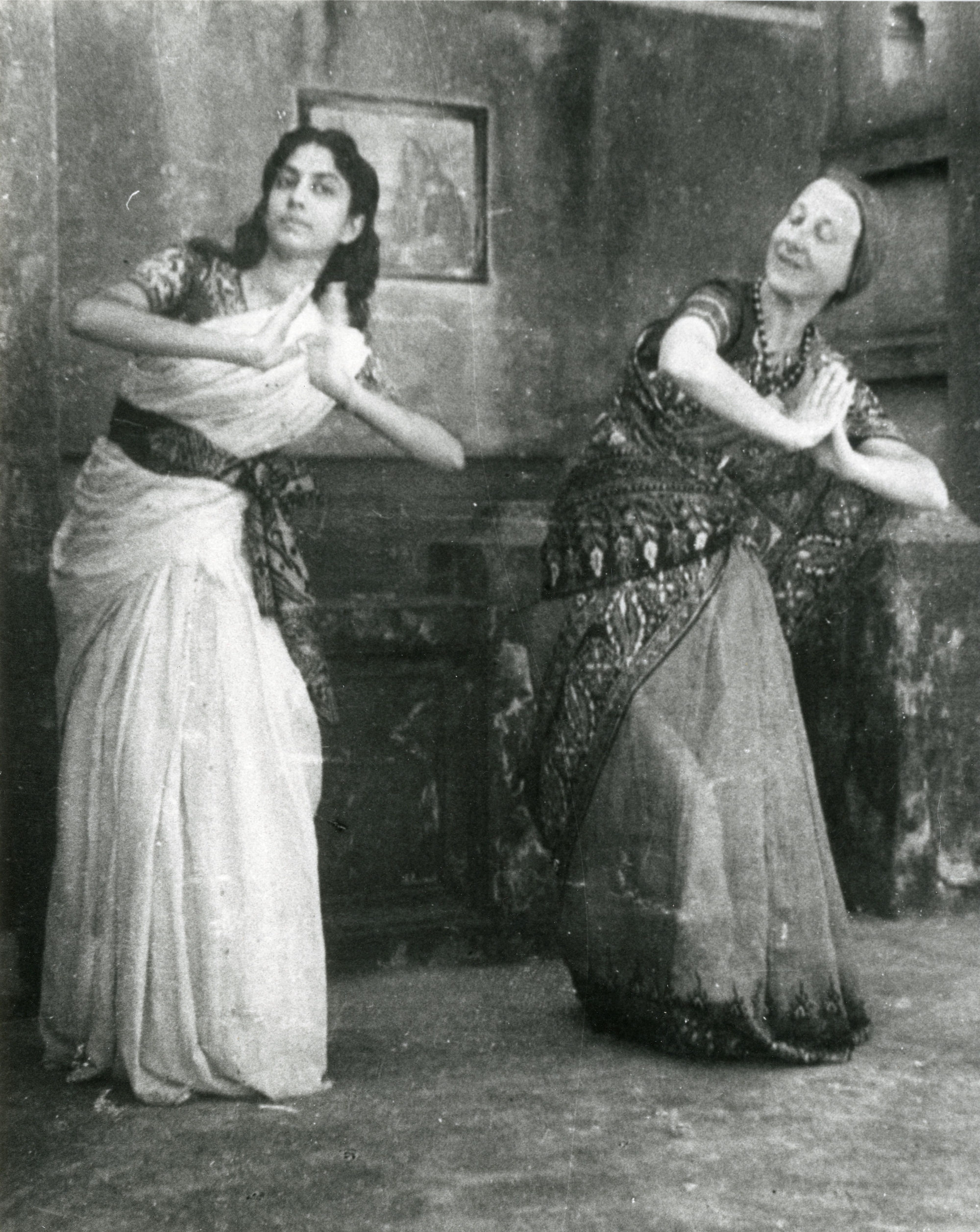 Gustav used to carry a sketch-book in his pocket so that he could jot down the tunes he was thinking of, wherever he happened to be. He later drew on the tunes he noted in this book whilst in Algeria when composing his Oriental Suite for Orchestra Beni Mora and St Paul’s Suite.

Letter from Gustav to his wife Isobel sent from Algeria. To view the complete letter and other letters from Gustav to Isobel search RefNo HOL/1/5/1/8 in the online archive catalogue. 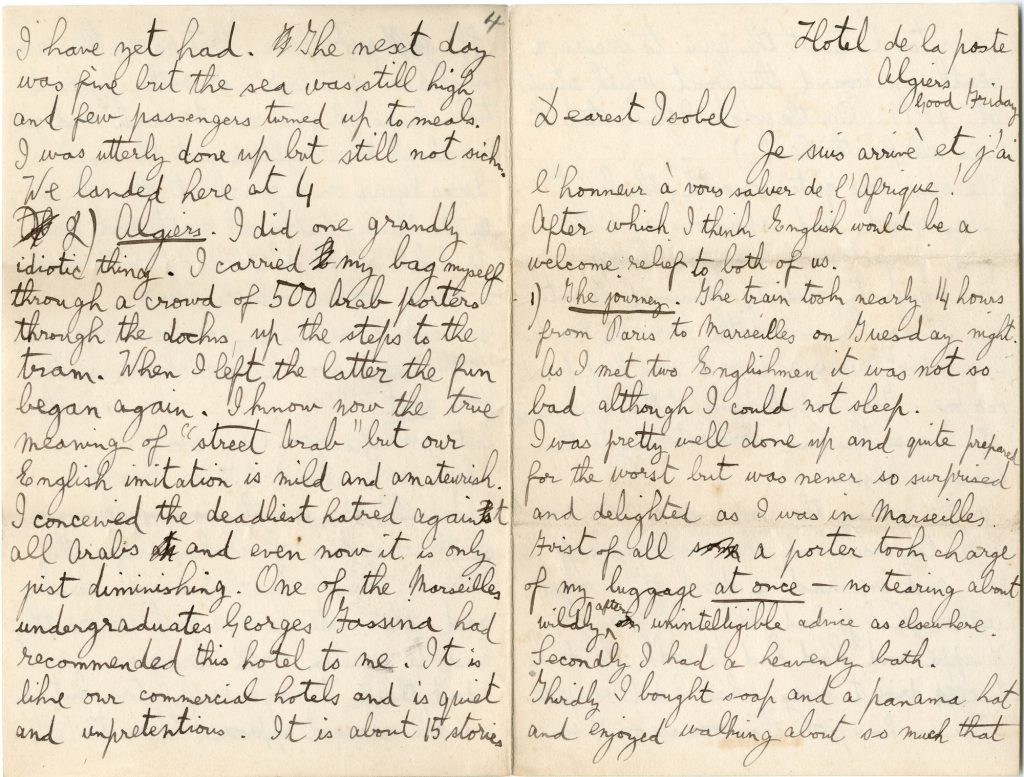