Imogen Holst was born in Richmond, Surrey, in 1907 and educated at St Paul’s Girls’ School, where her father, Gustav Holst, was director of music. She worked with Herbert Howells before entering the Royal College of Music in 1926 to study composition with George Dyson and Gordon Jacob, harmony and counterpoint with Ralph Vaughan Williams, and conducting with William H. Reed. She gained several awards for composition including the Cobbett prize for a Phantasy string quartet and a traveling scholarship on leaving the College in the summer of 1930.

In 1931 Holst began earning her living as a freelance musician. Her compositional skills were constantly put to use in the editions and arrangements made for those she taught, and after the death of Gustav Holst her talent for writing emerged in her 1938 biography of him.

In January 1940 Holst was appointed by Sir Walford Davies to be one of six musicians charged with inspiring and organizing musical activities among civilians in rural areas. The scheme, originally funded by the Pilgrim Trust, was taken over by the newly formed Council for the Encouragement of Music and the Arts, forerunner of the Arts Council of Great Britain. Holst’s region was southwest England where she worked heroically, lifting the spirits of those she met, but by July 1942 she was completely exhausted and had to resign.

Invited by Dorothy Elmhirst to recuperate at Dartington Hall, Devon, Holst started a music training course there in September 1943. She was a practical musician and inspirational teacher, and in eight years she established a remarkable music school (ultimately to become Dartington College) with students including near beginners and conservatory graduates. Her second book, The Music of Gustav Holst, was written there, a hard-hitting appraisal of her father’s work.

Imogen Holst left Dartington in July 1951 to resume a freelance career, and when in the autumn of 1952 Britten asked her to come to Aldeburgh to help with his opera Gloriana, she unhesitatingly accepted. She had first met him and Peter Pears at Dartington in the 1940s, and mutual respect for each other’s musicianship and gifts led to real friendship. She lived in Aldeburgh for the rest of her life, initially working closely with Britten both as his music assistant and for the Aldeburgh Festival, of which she was an artistic director from 1956 to 1977. On her arrival in Suffolk, Pears asked her to form and conduct a chamber choir of young singers in London; with this group, the Purcell Singers, she gave concerts and broadcasts of works ranging from seldom heard medieval music to twentieth century pieces. 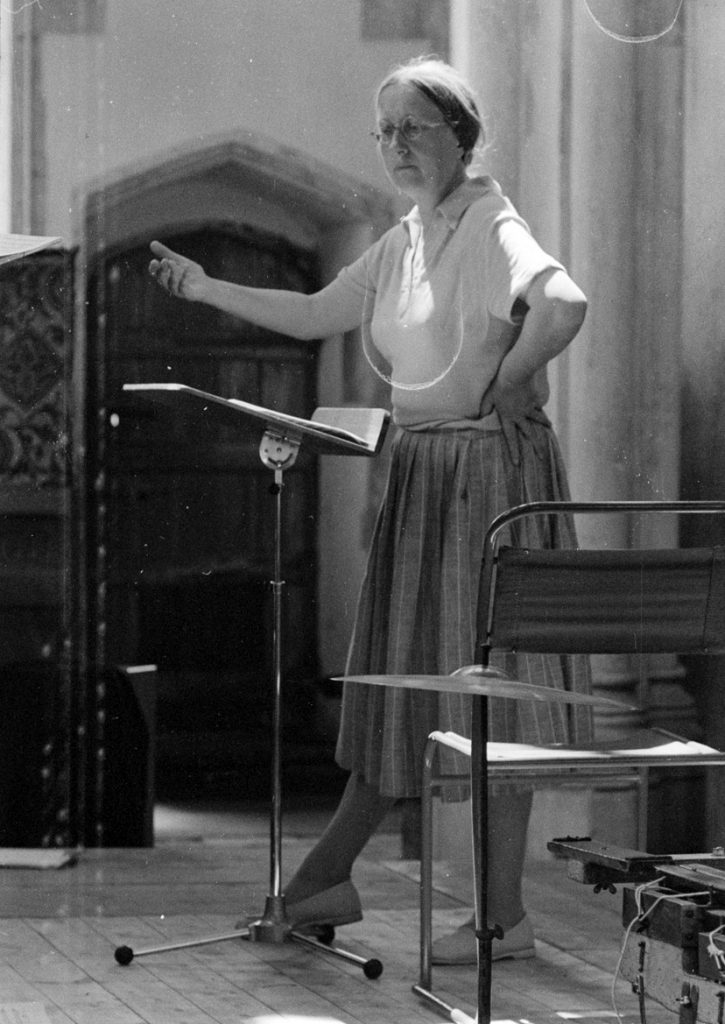 In 1964 Imogen Holst relinquished her work for Britten to concentrate on the music of Gustav Holst, for which she felt uniquely responsible. She supervised and conducted recordings; with the aid of the composer Colin Matthews she prepared and revised scholarly editions of her father’s works and compiled A Thematic Catalogue of Gustav Holst’s Music. She wrote introductory biographies of composers and other books on music, and returned to composition, writing original works mainly for amateurs. 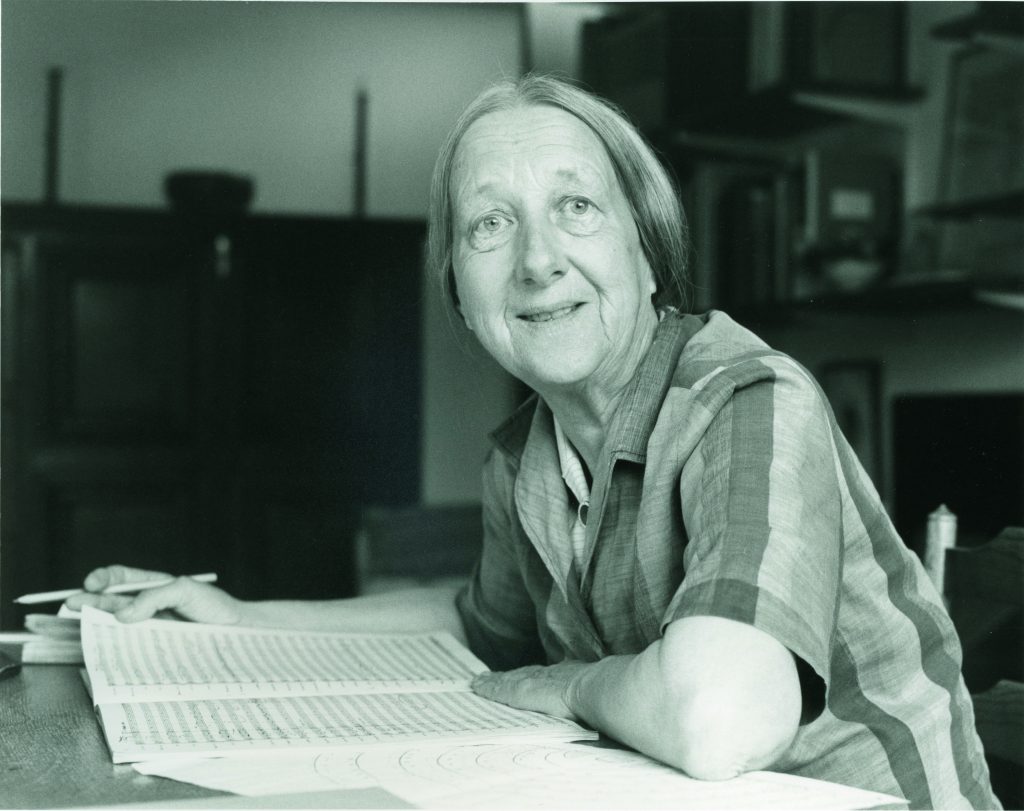 Imogen Holst died in Aldeburgh in March 1984, and was buried at Aldeburgh parish church cemetery.

This text is extracted from the biography written by Rosamund Strode, published in the ‘Oxford Dictionary of National Biography’, 2004. It is reproduced by permission of Oxford University Press.

‘Imogen Holst is a slight, fair-haired figure, usually armed with masses of work to do in trains or other unlikely places, finding time to seem to be in at least three places at once and to write at least three books at a time. She loves walking and rejoices in the cold winds of her beloved East Anglia. She likes food and wine, and her friends know what excellent company she is. She describes her own compositions as ‘utilitarian, for learners or when asked’, but everything she does has a quality all her own, where perception and imagination grace knowledge and mastery of her subject. The Purcell Singers are one of her contributions to the art of living, and there must be many people all over England who have been her students or have joined in amateur groups she has touched, saying ‘let there be music’, who owe to her a new dimension in their lives.’